One of the C64's I have would not boot. The led came on, but the screen remained dark. I swapped the PLA chip 906114-01 from another C64 and it then worked OK. If you search for this chip you will notice that it's quite expensive. That's because, like the SID, it will go bad at some point in time. So it becomes rare.

Several alternatives are available and I chose the Commodore C64 PLA 906114-01 redesign with M27C512-90B6 EPROM from Vintage Computers. I also bought the SwindSID from here.

I received the PLA this week, installed it and it works fine. 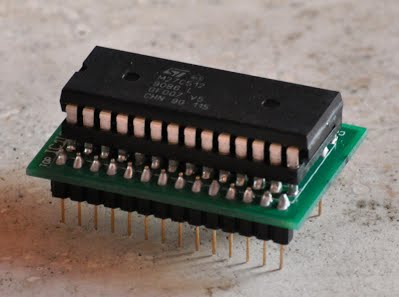